Rocket is now officially settled in and ruling the roost. He can zoom up and down his ramp to his yard, barks at anyone not paying attention to him and plays and sleeps hard. He is already sleeping through the night.

Yesterday he met Courtney who does dog training and also does doggy rehab. She gave him lots of chewies and has lots of plans to keep him strong and healthy throughout his life. Once he has his last set of shots, he will be attending puppy classes so he can get well socialized.

Rocket says being well rested is very important so (as you can see) he suggests taking lots of long naps. 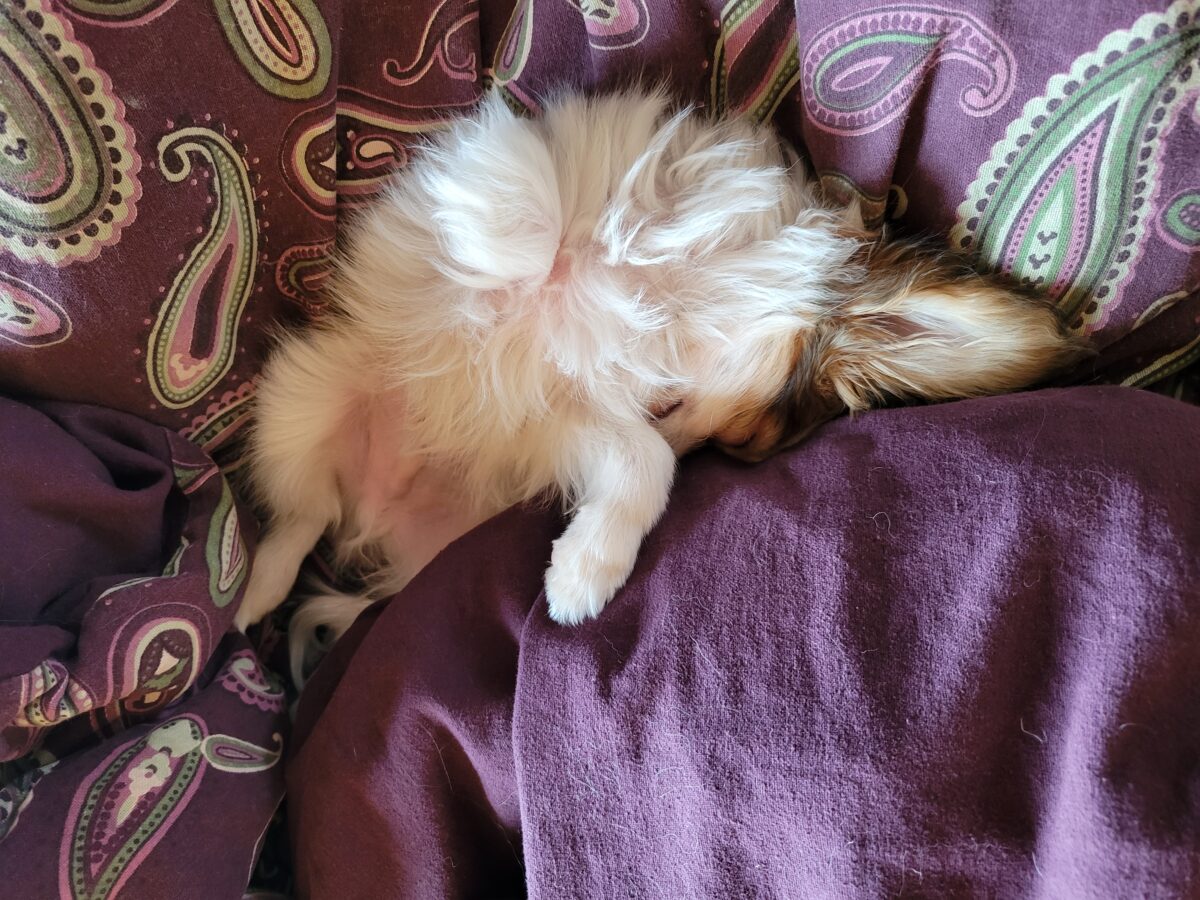 3 thoughts on “Sunday is a day of rest (and rest, and more rest)”

This site uses Akismet to reduce spam. Learn how your comment data is processed.

About Your Tripawds Blog:

New Tripawds Bloggers: Please review your default first blog post for help getting started with your blog or review the Help Videos in your dashboard. Edit these widgets from your Appearance settings to remove this notice, upload a custom header photo, or choose from 130+ themes, and much more!

Rocket – A Tiny Tripawd is brought to you by Tripawds.
HOME » NEWS » BLOGS » FORUMS » CHAT » YOUR PRIVACY » RANDOM BLOG